﻿Title: Children of the Dark 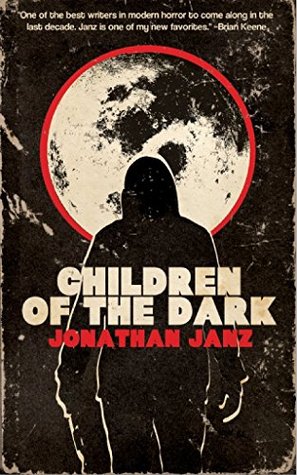 Will Burgess is used to hard knocks. Abandoned by his father, son of a drug-addicted mother, and charged with raising his six-year-old sister, Will has far more to worry about than most high school freshmen. To make matters worse, Mia Samuels, the girl of Will’s dreams, is dating his worst enemy, the most sadistic upperclassman at Shadeland High. Will’s troubles, however, are just beginning.

Because one of the nation’s most notorious criminals—the Moonlight Killer—has escaped from prison and is headed straight toward Will’s hometown. And something else is lurking in Savage Hollow, the forest surrounding Will’s rundown house. Something ancient and infinitely evil. When the worst storm of the decade descends on Shadeland, Will and his friends must confront unfathomable horrors. Everyone Will loves—his mother, his little sister, Mia, and his friends—will be threatened.

And very few of them will escape with their lives.